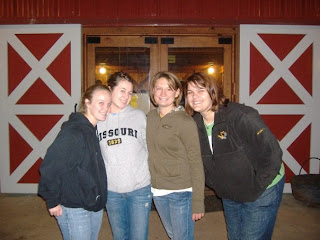 Well the crazy folks in Mizzou SWE were at it again in early October, taking off
for another social outing like no other. This time SWE partnered up with SHPE (Society of
Hispanic Professional Engineers) and NSBE (National Society of Black Engineers) to have
a party. The three entourages met up at Laffere Hall then took off for the corn maze just a few
minutes down I-70. From SWE, such fantastic folk were in attendance as Alexis, Hannah,
Alexis's cousin (oops, forgot her name), and
Michelle. (pictured at right)

But that wasn't all, oh no, several of the SWE guys came along too to spice things
up even more. The group was split the duration of the corn maze, with only Brian Swift
making guest appearances in each separate group by "creeping" up on them in the
dark maze. Despite the spooks and scares a good time was had by all.
As president Katie Tepper and her entourage of Brian, Alexis, and Ced clearly show. 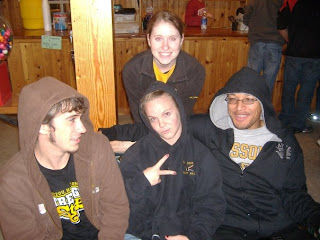 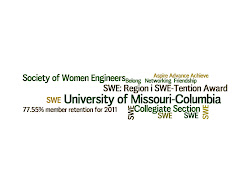